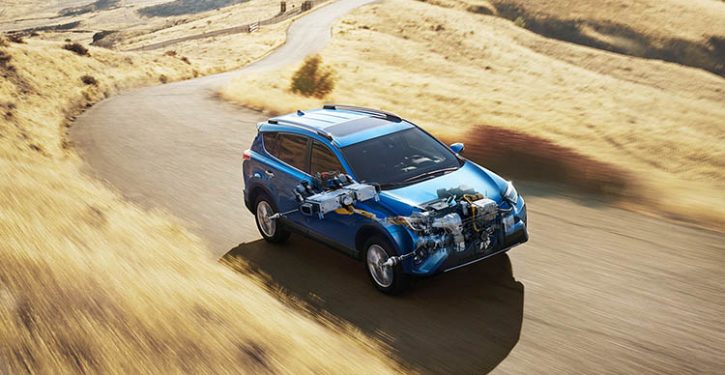 The Toyota Company has continued stepping up her game. This year, the company made an announcement that they will be releasing 2016 new cars along with an all-new fuel cell model. Toyota has used very new technology in their new car models with well-redesigned stylings. The following are three cars to look forward to in 2016.

RAV4 has been in production for almost twenty years now but come next year, we will have a better model. The new car will have upgraded 17-inch wheels, a redesigned tailgate and new front and rear fascias. 2016 Toyota RAV4 Hybrid looks sportier and sleeker than the current model. The fuel usage of the car has not been yet revealed, but it is expected to reach thirty-two combined mpg when paired with the standard all-wheel drive. The hybrid option will also come with unique features that include bird’s eye system. The system will enable the driver to have a 360-degree look outside the car. It will also have a 7-inch touchscreen for navigation and first class entertainment.

The Toyota Tacoma has been the best selling mid-size trucks in its class. . The 2016 Tacoma has been greatly improved with an updated look and impressive general performance. The exterior has been further improved to include very strong steel and returned suspension for smooth driving. Its engine remains the same, but it is the best in the motor industry with a fuel-saving Atkinson power cycle. It also comes with an inbuilt GoPro windshield camera that enables the driver to capture every bit of the adventure.

2016 Toyota Mirai will be the most economical and environmentally friendly car ever introduced in the motor industry. Instead of using gasoline, the new car will be using hydrogen, therefore, refraining from the emitting very harmful gases to the air. Time wastage will also be a thing of the past since fueling the car will take at most five minutes for 300 miles of driving. The Mirai produces 151 horsepower and 247 lb-ft of torque at a speed of 111mph. Furthermore, the safety of the car is guaranteed as well. It has an active safety system that is a collection of unique security features such as Traction Control, Enhanced Vehicle Stability Control, and Brake Assist.

The prices of all these top three cars have not reveled. However, it is expected that they could be slightly expensive due to improved features and performance. Fuel consumption is also an issue of concern when purchasing your car.