6 careers for someone with a Criminal Justice Degree

Criminal Justice is one of the most exciting and rewarding degree programs. It variously incorporates forensic studies, human psychology, crime prevention and much more. Given its wide-ranging scope, it should come as no surprise that career options are similarly varied. Here’s a rundown of the most popular.

One of the most popular career paths for someone who has undertaken Point Park’s Online Criminal Justice Degree Program, is criminal intelligence analysts who work with information. They collect and evaluate data which is then analyzed to predict and prevent future crime. The job also involves profiling suspects to solve crimes and providing evidence to detectives.

A prisoner officer has a wide-ranging remit and a near endless list of responsibilities. Officers are charged with maintaining security in prisons, but there’s a lot more to the job than just that. Prison officers care for prisoners’ well-being and assist in their rehabilitation. The job is certainly difficult and does come with an element of risk, but it’s also immensely rewarding. Many prisoners come from troubled backgrounds and have psychological issues. Rehabilitating and helping these individuals makes this career one of the most rewarding on the list.

Scene of crime officers need an eye for detail, a meticulous mindset and a capacity for extreme diligence. They attend crime scenes and record evidence that will later be used in a trial. The role is highly skilled and involves locating and retrieving minute and sometimes even microscopic evidence from crime scenes, some of which could be treacherous and difficult to manage.

These specially trained officers require a great deal of empathy and an understanding of human psychology. They act as liaison officers, helping people who have been victims of crime. This support starts at the moment of crime and continues all the way through to court proceedings and sometimes even afterward. An awareness of the victim’s unique needs and the psychological impact of the crime are essential for offering effective support.

Another extremely rewarding career, working with youth offenders gives you the chance to make a massive difference in the lives of young people. The official remit of a youth offending team officer is to reduce rates of re-offending, but the job is far more complex than that. You’ll work with young offenders to understand and support them, giving them viable alternatives to crime and ensuring that, once they’re released from prison, they never return.

Court reporters work to produce records of criminal proceedings in courts around the country. They produce written records of testimonies, evidence and witness statements. The career is varied, and some court reporters also record police interviews, public inquiries and even court-martials. No two cases are the same, so this career is endlessly varied. It’s best suited to those who have a love of the written word and impeccable grammar, of course.

How To Be A Great Mom For a Foster Child 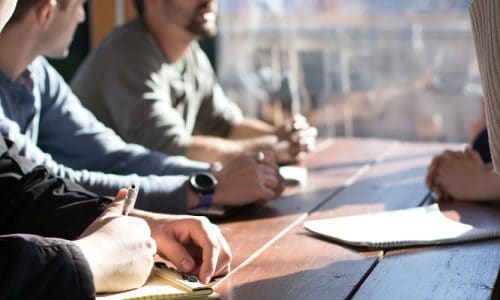 Have You Got What It Takes For A Career As A Social Worker?