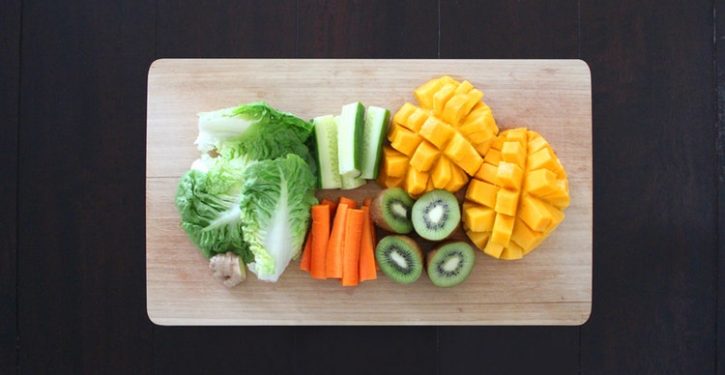 Amazon hosted their very first vegan event for all their employees at their London headquarters last week. The event was put together by The Social Bee Shoreditch, which organizes all the catering events for Amazon, to celebrate Veganuary and to promote their upcoming book.

The book, which is titled “How to Go Vegan: The why, the how, and everything you need to make going vegan easy”, aims to teach people how they can easily transition to veganism. Naturally, there were many stalls from different vendors offering vegan food. The vendors also made sure they had people around to answer questions those in attendance might have.

The Amazon employees in attendance got to try the vegan food offered by the Vendors.

Amazon has been shifting towards healthier living options for a while, leading to their purchase of Whole Foods Market in August. After the acquisition was complete, the online marketplace giant said they were pursing their goal of making high-quality organic and natural foods affordable to everyone.

At the time, there were a lot of skeptics who felt Amazon would likely increase prices which had already been considered to be high.

However, prices have dropped in all their stores and more people are buying organic foods.

Amazon also announced that John Mackey, who is a vegan, would remain the chief executive officer at Whole Foods, and Mackey issued a statement saying the
company plans to continue providing healthier alternatives to people who want them at affordable prices.

Mackey added that with Amazon buying Whole Foods, they can reach even more people thanks to Amazon’s ability to reach places that Whole Foods isn’t available in at the moment, thanks to the company offering Whole Foods products through Prime Now, Prime Pantry and Amazon Fresh.

To have a company like Amazon hold a vegan event shows that they are serious about encouraging people to live healthier lifestyles, and they also showed initiative by offering their employees a chance to try vegan foods, which will be made available in their cafeterias.

With Amazon in the lead, expect to see more corporations embrace the trend and start offering their employees healthier options to choose from.

It seems the Amazon employees enjoyed their vegan lunch because GreenBay Supermarket, which was one of the vendors at the event, said their Lenny and Larry’s Cookies were one of their top sellers at the event.