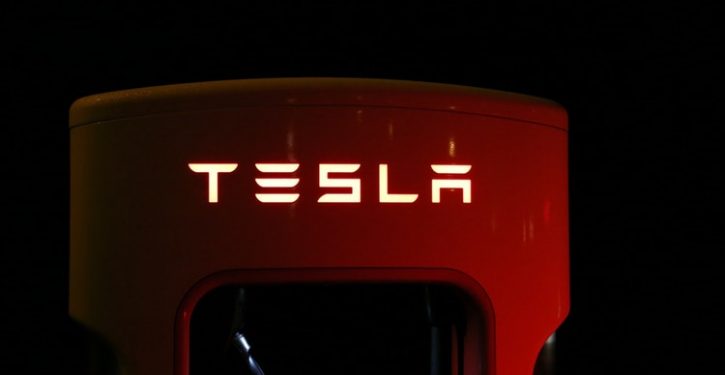 Thinking of stealing or making off with a Tesla? You need to think again or make sure the car owner doesn’t know how to use Tesla app. But then again, why steal someone else’s car especially if it is a Tesla?

A few days ago, the public woke up to a unique story of a car thief who helped himself with someone else’s Tesla Model S 85D which is rumored to cost more than $100,000. However, unknown to the thief, the car was not only being tracked in real-time by the car owner, but the authorities as well.

After enjoying a concert held at Richmond, BC, Canada, Katya Pinkowski, the owner of the Tesla accompanied by her friend, went to pick the car for the basement parking, only to find it missing. The next thing, Pinkowski deed was to phone the car towing services to find out if they had towed her car, but the results turned negative.

Katya Pinkowski then alerted her husband, Cary Pinkowski about the strange disappearance. Using the Tesla app in his phone, Cary started tracking the car’s movement and soon discovered it was been driven at a speed of about 70kph within the Richmond suburb located south of Vancouver.

As Cary Pinkowski was tracing the Tesla, Katya Pinkowski was communicating with the authorities who were figuring out the best position to apprehend the car thief. Thanks to real-time tracking from the app, the car thief was later arrested near River Road and Road No.5.

So, how did the thief manage to get into the car in the first place? Teslas have a good record when it comes to safety and according to Canadian authorities; this is the first case to happen on Canadian soil. Data from US-based National Insurance Crime Bureau indicate that only four Teslas were stolen in the US last year.

As reported by The Province, the Pinkowski who had bought a spare remote key fob for the Tesla erroneously left it inside the car. Like most of the modern key fobs, the car will unlock itself if it senses the key to be within range. This made it easy for the 24-year old thief to get in and drive off.

Unfortunately, the diver wouldn’t enjoy the ride for long as the Tesla app was already tracking him down. Mr and Mrs. Pinkowski were quoted as saying they were at some point tempted to use the app’s techy features such as remotely opening the roof or honking the horn to play around with the thief. However, this would have compromised the efforts from the police.

Stealing cars has evolved from popping the hood or hotwiring the ignition. Leaving your key fobs inside the vehicle offers a good opportunity for the car to be stolen, and unless you are lucky to have an App like the Pinkowskis, you may lose your car for good. Point is always keeping your key fob safe.