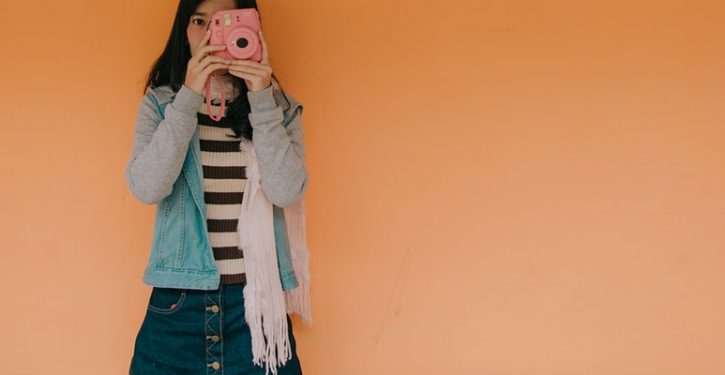 How are social media and marketer influencers changing the fashion world?

As we become more involved with social media, we’re becoming more influenced by what we see and read online. When it comes to fashion, this seems to be amplified.

In the past, we learnt about the latest trends through fashion magazines and television runway shows. It was because of this that fashion was seen as exclusive, with trends decided on by designers and magazine editors. Step forward to today and it’s very different.

With social media platforms such as Facebook and Instagram, we soon become our own fashion editors — showing everyone what we think is on-trend through our posts and photos. Of course, many fashion followers still purchase magazines and watch the latest runway shows, but it’s much more interactive. Fashion brands are realising the true potential of engaging with their audience.

You don’t need to buy an issue of Vogue to see what’s on-trend this season. As soon as you look at your social media newsfeed, you can see what’s been worn by your friends and influencers this month through their posts.

Research has shown that the generation of millennials aren’t as trusting of advertising as the generation before them. Instead, they perceive television and radio adverts as over-planned and misleading. When it comes to fashion, this means that fashion advertising campaigns don’t have the effects that they used to. It’s now understood that photos in these campaigns are often heavily edited.

Instead, people are more trusting of fashion products when they see their friends or well-loved influencers wearing them. Out of Instagram’s total users, 200 million follow at least one fashion account. When British Instagram users were asked why they follow these accounts, 45% said that it was for fashion inspiration. Posting photos of themselves in dresses is popular too — #fashion is posted 13 million times and #ootd (outfit of the day) has been mentioned in 140 million posts to date.

When it comes to visiting a restaurant or booking a holiday, many of us rely on user-generated content before finalising the purchase. In fact, research has shown that 71% of people are more likely to make a purchase online if the product or service has been recommended by others. When it comes to the millennial generation in particular, 84% are likely to be influenced into a purchase based on user-generated reviews. And, it’s becoming the same for the fashion sector.

It’s most likely that because of this, fashion brands are focusing a lot of their marketing efforts around Instagram. Even luxury brands are catching the social media bug — despite being sceptical about it at first. Although 72% of luxury fashion brands’ marketing budget is for print marketing, total digital ad spend reached $100 billion in 2016.

When fashion brands reach the news feeds of their audience, their clothing becomes exposed to a market that has already shown interest in the brand.

Fashion brands are interacting more with their customers than ever before — through help pages, social media platforms and instant messenger. Imran Amed, founder and editor in chief of the Business of Fashion publication, says: “The one thing that has changed dramatically in recent years is the direct relationship brands now have with their consumers. In this new hierarchy, the consumer has the ability to amplify or negatively impact on business, through sharing positive or negative responses.”

An example of this is the once-exclusive fashion shows. In the past, viewers of the show were the elite and top names in fashion who had been invited to sit at the side of the runway. Now however, live streams of catwalks are common, and designers’ Instagram feeds often provide sneak peeks to the show.

When social media first became popular, most people associated it with Facebook and Twitter. But now, it’s all about Instagram. The platform reached 800 million monthly active users in September 2017 and its users of this app that have the highest level of engagement (time using the app) compared to other social media websites.

As Instagram provides an opportunity for fashion brands to connect directly with their audience, it’s broadening their campaigns in terms of diversity. They are taking more notice of ‘real’ people with different bodies, cultural backgrounds and fashion sense.

Recently, Instagram added a new feature to their platform — shoppable posts. Now, companies and brands are able to tag products in their photos and direct customers to the purchase point. Brands who have trialled the shopping service, such as Natori and Magnolia Boutique, have discovered that traffic and sales have increased.

One successful marketing strategy that some fashion brands have carried out is encouraging customers to post their own photos wearing products. This technique allows potential buyers of the same product to see what they look like on real people rather than models.

The rise of the influencer

An influencer is someone who is a blogger or social media user with a high following — an individual that is able to increase brand awareness to their followers. On Instagram alone, the influencer economy is valued at $1 billion and 94% of companies said that influencer marketing was an effective strategy.

Examples of this include Adidas. The sports brand recently announced that Kendall Jenner was an Adidas Ambassador. She has a total of 89.2 million followers on Instagram. Compare this to Adidas’ 19.2 million followers and it’s clear to see why she was selected. This type of strategy plans to increase Adidas’ social reach and enable the brand to become more visible to Jenner’s followers.

Looking at the strategy from the consumer’s point of view, an influencer campaign is more trustworthy than that of a marketing campaign. Influencers are often people that are looked up to and admired and, therefore, their validation of a product is important.

Although they have more followers, influencer marketing doesn’t have to involve a celebrity. It can be a collaboration with anyone that can add value to the brand, although it is usually based on the size of their social following.

Of course, the influencer must be in-line with a company’s brand too. If it wasn’t, this would create a negative perception of the influencer — who would be seen as promoting something that they don’t believe in for money. It would also be a wasted strategy, as the wrong target audience would be targeted. Research discovered that 5% of influencers that were offering product recommendations were driving a huge 45% of social influence.

It’s clear to see that social media has changed the face of fashion marketing and consumer behaviour. We’re now able to engage with brands more than ever before and openly share our opinions with others. With the recent announcement of Instagram shopping, who knows what lies ahead?