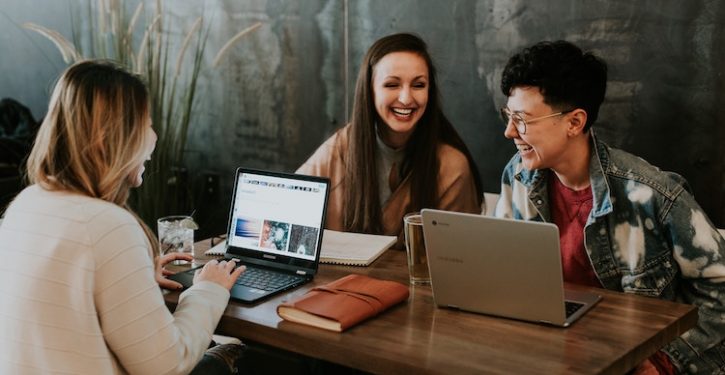 Is it worth going for management?

Most people start a career enthusiastically, ready to rise up the ranks and take on more responsibility. With that rise comes better wages and better recognition – but is it worth the hard work, sleepless nights and possibly the cost of extra training? How much do certain fields benefit from making it to manager? Leadership development providers, Impact International, have taken a look at the figures behind some of the UK’s most popular industries…

Many people get into bar work as their first role to support studies, or as a social job they enjoy. In the UK, typical bar workers earn around £14,665 on average yearly – as they don’t work full-time hours.

A bar manager, however earns an average salary of £24,000, or £9,335 more. Quite a pay rise. It’s also a good option for unskilled workers, as bar managers don’t need study-based qualifications and are instead often promoted as a result of experience.

You will, however, need The National Certificate for Personal Licence Holders from the British Institute of Innkeepers. This is to award you with a ‘Personal Licence’ – requiring a test and criminal record check. Costs vary, as you’ll need to pay a £37 licencing fee, a £25 CRB check and however much you spend on your study for the test.

Recruitment agencies are a popular career choice for lots of graduates, and comes with a strong average salary of £25,000 – but many of these roles exceed these earnings due to commission.

Recruitment managers take a sharp leap upwards, earning £42,500 on average – a full £17,500 more. They need five GCSE’s at A*-C, with three A-levels. A degree is beneficial but not necessary. Instead, you’ll lots of experience in the sector – typically years and years.

Personal training is a fairly individual career – where people can go far depending on their own charisma, sales ability and of course, knowledge. There is no management role to achieve as you’ll be a self-employed individual. However, the average salary for personal trainers is high – at £25,000 – but you’ll need a level 3 Personal Training certificate and often need to pay the gym you train in fees.

For those who are physical and don’t want to work through the management process in a career, this is a good option.

Sales is a common profession in the UK, whether that’s telephone sales or business to business, hands-on selling. The earning potential is high at all levels, if you’re good enough. Most sales executives don’t need a degree or qualifications and can instead learn on the job, although some sales roles require degree level education.

The typical Sales Rep in the UK earns £27,000 on average. If you become a regional sales manager or similar, you’ll stand to earn an average of £37,500 – which is a sizeable increase on your salary at £10,500. You’ll also have the added benefit of (usually) higher commission.

IT developers are part of a thriving digital movement, programming websites, apps and games for a wide variety of industries. Typically, web developers in the UK earn an average salary of £37,500. For that, you’ll need to either be self-taught to a high, demonstrable level or have a degree in a field such as computer science.

Digital marketing is a dynamic and thriving career choice, with roles available in agency and in-house environments. Most marketers have a degree, although not necessarily in marketing. Standard marketing executives receive an average salary of £27,000.

If you make it to management, you’ll stand to gain £37,500 – a £10,500 increase in average pay. To make it to manager, you’ll probably need a few years of experience in the role to establish you as the best man or woman for the job.

Managing people is tough – but HR departments around the globe make it their business to look after staff, dealing with the hiring and firing and other clerical work. For most, they’ll start work as a HR assistant – where the average salary is £23,000. However, if you make management you’ll stand to earn an extra £9,500 as a HR manager.

This is a just small selection of the jobs available in the UK. There’s a wealth of information online about salaries – but it seems certain that it’s more than worth your while to put the effort in and try to land a management role. If you’re after a really significant jump, go with recruitment consultancy, where you’ll earn an average of £17,500 more if you get into management.