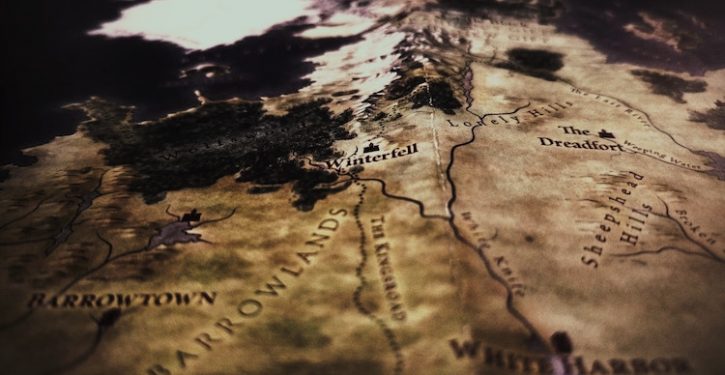 What is the impact of your town or city featuring in a blockbuster movie or tv series?

Unknown gems can be put on the global map by featuring in a big-budget movie or tv series. For good or for bad they can be transported to new settings and we are able to visit them to get the feeling of entering the movie itself. Quite often, movie producers scout real-world locations in an attempt to increase the authenticity of the motion picture, implementing the natural backdrops into scenes that can often be seen in action-adventure films.

Here’s a few locations that have provided the backdrop for various prolific films and television series.

London is the home to many trendy districts however, Portobello Road became one of the most well known in London after it’s picturesque streets featured in the 1999 romantic comedy, ‘Notting Hill’. Tourists flocked to the likes of Portobello Road, the Coronet Cinema, the Ritz Hotel, and The Travel Bookshop, where Hugh Grant and Julia Roberts’ characters met for the first time.

The film has solidified the reputation of Portobello Road as a must visit when in the capital city, the street is lined with plenty of shopping and cafes. The Portobello Road market is guaranteed to be busy on weekends, so consider this on your visit.

The tale of blossoming romance has inspired many ‘Notting Hill’-style proposals, and the bookshop from the film is currently facing many demands from couples, with their heart set on the store as an engagement venue. The owners have noticed the demand in doing so as the 20th anniversary of the film approaches, and they are willing to help couples to stage the big question in an extra special way, with the iconic bookshop backdrop.

Pride and Prejudice was released in 2005 as a feature length film celebrating Jane Austen’s novel of the same name. Kiera Knightley and Matthew Macfadyen graced the corridors of Chatsworth, Derbyshire, a grand country house nestled in acres of greenery. The late Duchess of Devonshire, Deborah Cavendish gave the estate an impressive makeover, with art installations, an organic farm, and breath-taking gardens.

Tourists can take guided walks through the astounding venue and revel in the antiquity of the setting for one of Austen’s most famous stories.

Although ‘Game of Thrones’ has broadcasted in as many countries as there are death scenes in the series, one of those is Scotland. The fourteenth century Doune Castle in Stirling was transformed into Winterfell for the first season by the crew and cast, and since then it has become one of the most famous castles in the country. In the summer months, it is best to arrive early as the crowds are near guaranteed to come flocking to the historic site.

Guided tours are available and buying tickets beforehand is advisable. Some couples-to-be are choosing the venue for their wedding ceremony, something which may appeal to committed fans of the HBO series. One survey by Historic Scotland found that the year-on-year figure of visitors to the castle has grown by a staggering 30.2%.

The crew are reportedly scouting out the Isle of Sky for the series prequel, so the Scottish island could be in the pipelines to experience a similar boost in tourism.

When J. K. Rowling sold the rights to Warner Bros. to make the adapt her first successful book into film, little did the residents of Alnwick know that their town would see a surge in continuous tourism that would be ongoing to the present day.

Both internal and external shots were taken of Alnwick Castle for the first two films, including that famous scene with Madame Hooch in the castle courtyard, where Harry first learns to fly his broomstick amid his meddling enemy Malfoy.

Alnwick Castle is the second largest inhabited castle in England. The castle and its surrounding gardens were impacted from the film franchise, The Hog’s Head Inn, a pub located in Alnwick, owned by the Inn collection who also own hotels near Durham train station and places to eat in Seaham, named the pub as a nod to the wizarding world pub located in the fictional town of Hogsmeade.

The much-loved and cherished historical site Highclere Castle, Hampshire, has become a global phenomenon, with the unprecedented success of the ITV series ‘Downton Abbey’. There are numerous options when it comes to taking a tour of the set and its various locations, with many operators offering walks through the castle, Oxford and Bampton, transporting fans back to the Downton era.

The tourist boom which followed the post-Edwardian drama was first shown in 2010, and within just two years the UK media was reporting that the village of Bampton was struggling to cope with the influx of people all seeking to stroll the same streets as the characters on the series

While tourism brings both negative and positive elements to areas, the impact of a major television series or film can be huge, as fans get to relive the plot first-hand.