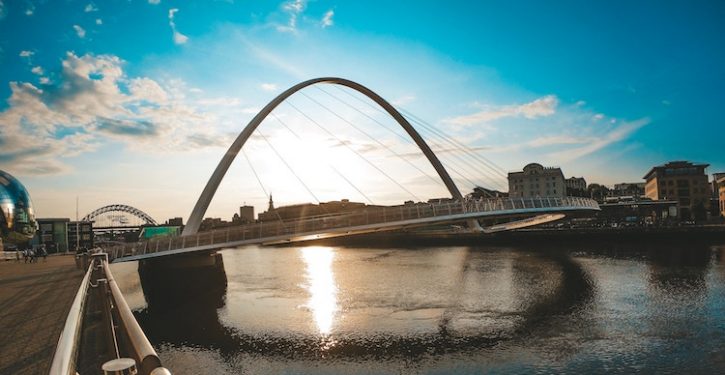 Why international students choose the North East of England

Awash with culture and rife with employment opportunities, the North East of England is undoubtedly one of the most happening regions in the UK. Newcastle upon Tyne, colloquially known as the Toon, sits proudly in the heart of the county. The city houses two universities which cater to approximately 50,000 students, who travel from across the globe to attend.

Existing as a considerably cheaper option in terms of rental prices and cost of living are just two reasons why indigenous students opt to study in the North East, but, when we look further afield, what encourages international students to set up life here?

In this article we run through the top five reasons why the North East of England is so popular with students from overseas.

Considering Northumbria University, who deliver many postgraduate courses, is regarded as one of the best sporting universities in the UK, it should come as no surprise that the city is jampacked with famous teams. Newcastle United FC are one of the most highly regarded football squads in the world, and everyone in the city is ‘magpie mad’. A surplus of 50,000 fans descend upon the centrally located St James Park on a weekly basis, to cheer on the men in black and white stripes, and the atmosphere is undeniably electric.

A five-mile drive from St James’ and you stumble across an entirely different ball game. The Newcastle Falcons have their foundations laid at Kingston Park, located on the periphery of the city. Much like their footballing neighbours, The Falcons are passionately supported by the locals. A usual Friday evening at the ground will see the arrival of ten thousand fans to cheer on the team who nurtured England world cup hero, Jonny Wilkinson.

Virtually everyone who visits the north east are quick to point to the fact that locals are not only friendly, but incredibly welcoming. Beyond the depths of the universities, Newcastle, has for many years, attracted international settlers. This migration is apparent throughout the city, with a host of international food stores and takeaway shops trickling the streets of Chinatown, Heaton, and the West End.

One of the biggest days on the student calendar in Newcastle is 17th March. St Patrick’s Day, which celebrates the Irish patron saint and everything the emerald isle stands for. Thanks to the copious number of Irish students, from both north and south, who live in Newcastle, the city, is, for the day, absorbed by Guinness, potato bread, and stew. Usually, the six nations fixture list reaches its conclusion on the same weekend as St Patrick’s day, so expect to witness a sea of green.

Let’s go to the beach

One interesting fact, particularly for aspiring geography students, or quiz fanatics alike, is, there are 49 countries throughout the world that are landlocked. For the people who live in these countries, a beach is somewhat of an unknown entity, and a day out tipping your toes in the sea can result in the expense of a four-hour flight. In the North East of England, however, locals are spoilt for choice when it comes to golden sands. The Northumberland coastline is littered with spots of natural beauty. Visit Tynemouth and take advantage of a range of seafood or Bamburgh to indulge in the rich history of the castle. If you’ve a keen interest in wildlife, travel further north and visit the Farne Islands, famous for puffin and seal spotting.

Moving to a new city can exist as a particularly daunting experience, however, another country is a completely different kettle of fish. Some international students will arrive in their new city by themselves and with a fairly basic understanding of the English language. Those difficulties are often compounded when you touch down in a major city thanks, in the main part, to the sheer size and velocity. Newcastle, however, has been described as ‘the smallest big city in the world’, thanks in part to the fact you can walk the length of the city centre in little more than twenty minutes. The lack of distance, however, doesn’t translate into a similar amount of activities or potential experiences! With signposts at the end of most streets within the city centre, few places are easier to discover your bearings.

Obviously, the North East of England is a popular destination for a range of students, but, some of the reasons we have touched on above have ensured that it has established as hub for international alumni throughout the world.