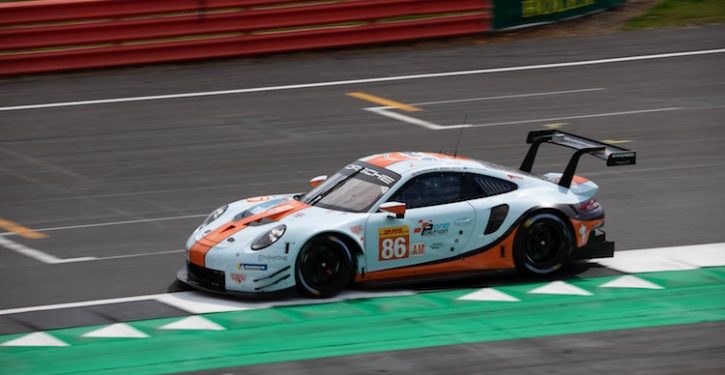 If you’re a racing fan and haven’t already been enjoying one of the sporting calendars main events so far, then don’t worry, as there’s an action packed summer ahead. Earlier this year saw the beginning of the 2019 British Touring Car Championships, where both amateur and professional car enthusiast go head to head across England and Scotland. The BTCC is a unique event as it features every day road cars which have been modified by their individual teams, as they battle it out around the twists and turns of some of the country’s most famous race tracks. The championships are a popular event for racing fans across the UK and from further afield and this year the BTCC have proudly partnered with Kwik Fit who are the headline sponsors.

When and where are the championships held?

The opening race was held on the 6th April and runs right through until October, where we can expect to see the finale take place on 13th October. The event travels across both England and Scotland, with some of the most popular race tracks playing host to a number of the rounds. In total, racing fans can catch a glimpse of the championships at 10 tracks across both countries, including Silverstone, Oulton Park, Brands Hatch and Knockhill. There are still plenty of races left in the championships so it’s worth checking the BTCC calendar and heading down to one or more of the tracks and enjoying all the event has to offer.

Which teams are battling it out for first prize?

In total 17 teams will battle it out to claim first prize when the championships come to a close later this year. Racing fans can expect to see a range of road cars which have been modified to hit high speeds and travel around the tracks ahead. This year’s teams include BMW, Cobra Sport, RCIB Insurance and Toyota, just to name a few. 2019 is a landmark year for Toyota as it’s the first time they’ll be entering their Corolla model; a modified version of their popular road version. The 2018 championships saw BMW and driver Colin Turkington take first place on the podium, securing his third title. With Toyota entering the Corolla for the first time this year, it will be interesting to see if Tom Ingram can steer them to first place.

Who are you backing in this year’s championships?

With many more races left to go, there’s no clear winner and still plenty of time for twists and turns in the leader board. The championships are not only enjoyed by racing fans but sport lovers as well, proving it’s a popular event held each year. With races taking place across two countries, hopefully you’ll get the chance to experience the excitement and atmosphere of the championships. It would be great to hear if you’re heading to any of the tracks and who you’re backing. Let us know on social, using #KwikFitBTCC and tagging @Kwik_Fit.